Rashid Khan, Mohammad Nabi, Mujib-ur-Rahman, Mohammad Shahzad; These four star cricketers of T20 format are in the squad of this year's World Cup in Afghanistan. Having become so experienced, the pressure of expectation will be a little higher on them. But a young, rising star can reduce that pressure on them. Can let the world know its capabilities. 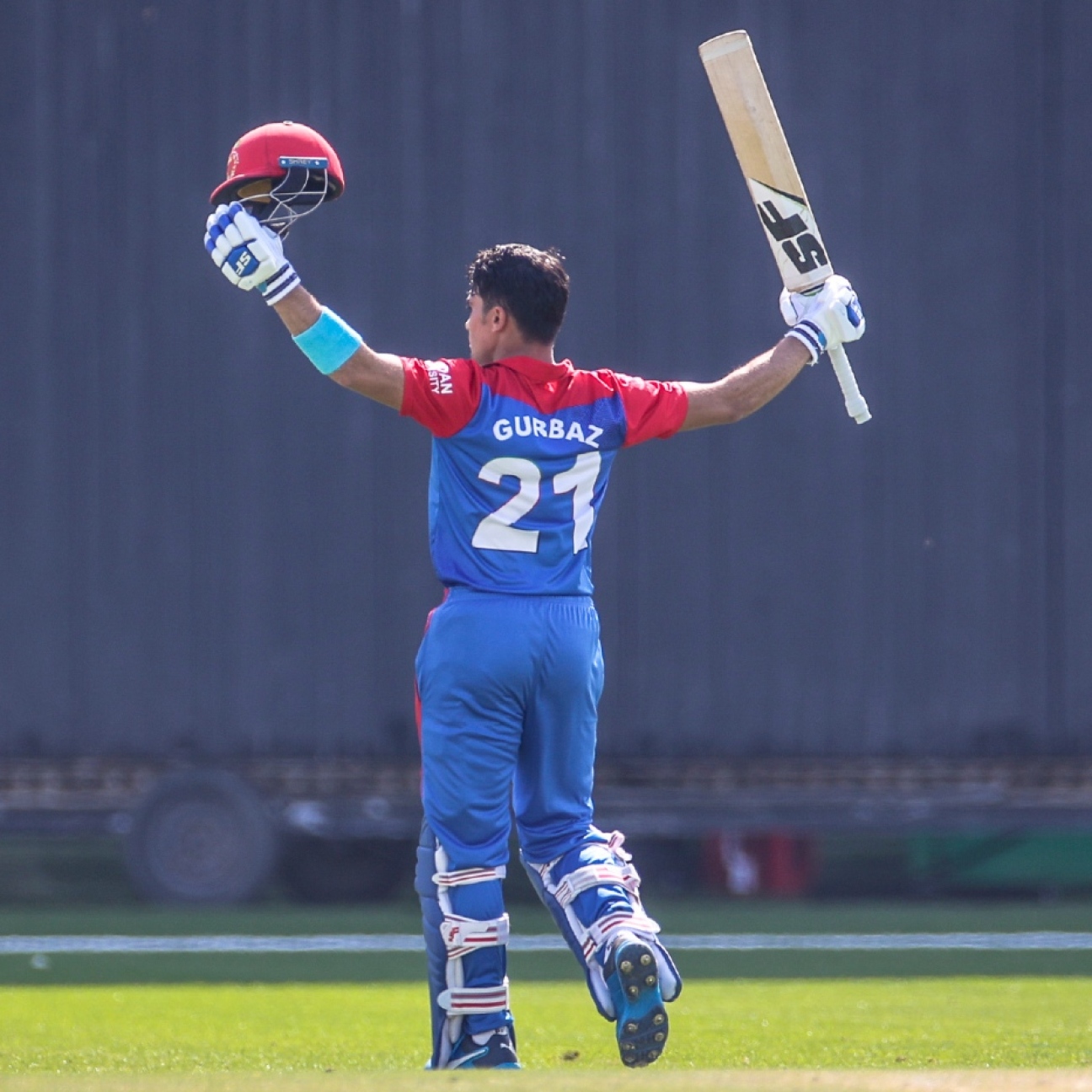 His name is Rahmanullah Gurbaj. Age only 19. But whether he came from a war-torn country or not, he is as brave as the five Afghans. He played fearless cricket at 22 yards. His bat is like a sword. With that, he cut the bowlers

Favorite cricketer is South African legend AB de Villiers. Who is famous for playing all the shots around the field. Like his favorite cricket personality, Gurbaj himself has learned to play shot at a 360 degree angle.

In the inaugural T20 series, the current champions of this format have consistently scored excellent strokes against the West Indies. Mirpur also saw his storm at 22 yards with the bat. In his debut in the Bangladesh Premier League (BPL), the Afghan scored a half-century for the Khulna Tigers in just 16 balls!

How destructive the indomitable brave Gurbaj is with the bat can be told by looking at his strike rate. The keeper-batsman batted with 110 in ODIs and 143 strikeouts in T20 format.

The Afghans are already playing the T20 format very well. They have become a strong team in this format for the benefit of Rashid and Nabi. Meanwhile, Gurbaj's inclusion in the team has multiplied the strength of the team. If Gurbaj continues to play offensive shots as soon as he goes down to open the innings, then the opponent can be defeated in a psychological fight at the beginning of the match. In the end, the benefit is for Afghanistan.

Many are seeing the possibility that Gurbaj will shake the World Cup as a rising star. And Afghan batting coach Hilton Ackerman sees in Gurbaj the possibility of becoming a top batsman, ‘he (Gurbaj) has the potential to be a great cricketer. Undoubtedly, we are going to see a lot from him. His desire to succeed, his sense of the importance of playing for Afghanistan and his willingness to overcome pressure have made him a very special young cricketer. '

Click on this link to know more about this player The World Cup will be on sporting wickets. However, the Indian team has five tested spinners in their squad thinking that the spinners will get extra benefits from the pitch. However, such a thought may not have occurred to the West Indies even once. Or did they just announce Hayden Walsh as the World Cup squad?

Fabian Allen, who is in the West Indies team, cannot be called a complete batsman or bowler. Regularly spin the ball, get wickets occasionally. Veteran Chris Gayle also spins occasionally.

Meanwhile, the only established spinner who has been pressing on the Emirates plane with the West Indies team has also changed teams again. Hayden Walsh is Antiguan-American by birth. Hayden made his first international debut in the United States. However, after the 2019 World Cup, he was called up for the West Indies. Started playing for the Caribbeans.

Rising stars refer to those who are ‘young’ on the way to becoming a star. However, this badge can be used for 29-year-old Hayden Walsh! Although many have lost their careers at this age, Hayden's career began a few days ago. The main strength of the West Indies has always been their all-rounders. However, in the UAE, the spin has become quite effective from time to time, so the 29-year-old has a big responsibility in this year's World Cup.

However, he did not get a chance in the spin department at that time due to Suleiman Benn, Devendra Bishu, Samuel Badri and later Sunil Narine. He was forced to play international cricket for the United States for a while. The West Indies selectors are again in the spotlight to do well for the team. Then came the opportunity to play for the Caribbean national team.

Hayden Walsh has played only 13 ODIs and 26 T20Is for the West Indies so far. He has made a bet with this small number of matches. 5 economy rate in ODIs and 19 wickets at an average of 23. 21 averages in T20 format and 23 wickets in 8 and a half economy!

Having been involved in domestic cricket for a long time, he had no trouble adapting to the international arena. However, a global identity has not yet been found. Maybe, it will be with this World Cup.

Hayden may not be on the list of rising stars. However, considering the Windies team, he is the only rising star. And the 29-year-old rising star is now a two-time T20 World Cup winner in the hope that his leg-breaker will frustrate the opponent, his googly will beat the batsmen again and again.

The dream of world conquest of Lanka in the mysterious place 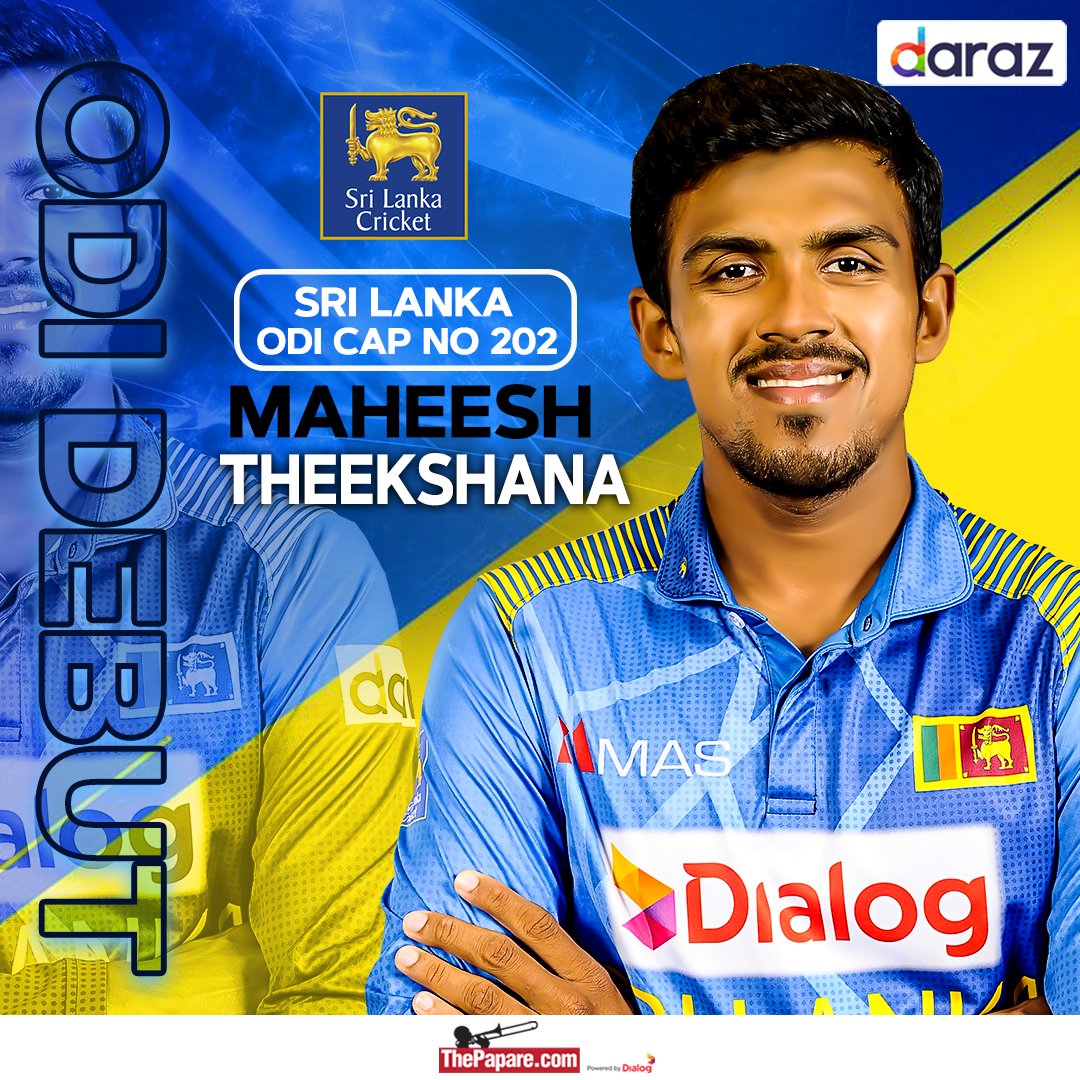 Remember Ajanta Mendis? The name of this mysterious spinner is not to be forgotten by our cricket fans. Despite a few years of career, Ajanta has ruled the world with his mysterious spin. This off-spinner also invented the carom ball. That ball is still in the hands of the batsmen.

Just why Mendis, Sri Lanka is like a mystery spinner making factory. Muttiah Muralitharan, Mendis in the middle, Bhanindu Hasaranga and many more names. However, the Sri Lankans have recently found another new spinner. The Sri Lankans are so optimistic about the off-spinner named Mahesh Thiksana that the captain of the team, Dasun Shanaka, has said that not everyone will be able to play Thiksana. Thiksana made his South Africa series debut a few days before the World Cup squad was announced. In the first one-day international of his career against South Africa, he did justice to his name as a mysterious spinner, setting a record. The 21-year-old Thiksana took 4 wickets in the first match with off-break, carom ball and googly. Which is by far the best record for any Sri Lankan bowler in his ODI debut. But he was taken in the team as a T20 specialist.

Thiksana came to the notice of the Lankan board after a great performance in the domestic T20 tournament. Before making his debut for the national team, he took 19 wickets in 11 matches in his List A career at an average of only 18.15. The Sri Lankans are now in demand for this diverse spinner. In a mysterious spin in the World Cup, Thiksana will also want to surprise the opponent. To poison everyone with spin poison.

In this World Cup, Sri Lanka has arranged a team around many young cricketers. Vanindu Hasaranga, Prabin Jayabikrama and Kamindu Mendis are in the World Cup team. But Sri Lanka's big trump card-rising star Thiksana.

Sri Lankan captain Shanakar's words about the 21-year-old mystery spinner show how much confidence Sri Lanka will play in the Emirates World Cup. With so much diversity, it will not be easy for any team to understand him. Having such a skill, we played him. It's hard to understand him, it's not just his specialty. He also has skills. '

Congratulations @shariarahammad! You have completed the following achievement on the Hive blockchain and have been rewarded with new badge(s) :

To support your work, I also upvoted your post!