The bowlers did not get any fear in the beginning. Batsmen will take runs in T20 - this is normal. But Taskin and Mostafiz gave 9 extra runs in 2 overs. Mostafiz made 5 wickets in one over. Mahmudullah dropped the catch. All in all, the Bangladesh team seemed very unfamiliar. However, the Tigers did not take much time to overcome that unfamiliar feeling. When Saifuddin, Shakib Al Hasan and Sheikh Mehdi Hasan came to bowl, the scene changed completely. Mahmudullah Riyadh immediately took control of the match from Oman. In the end, the bowlers maintained that continuity and left all fears and anxieties behind and gave Bangladesh a remarkable 28-run victory. Bangladesh survived this victory in the World Cup.

154 run target. In the previous match, Oman reached the target of 130 runs thrown by Papua New Guinea without losing any wicket. Today the target against Bangladesh is a little higher, which is this. In the first over, the way Taskin started giving wide, leg bye runs with a generous hand, raised fears.

But no, Mostafizur Rahman tried to remove that fear in an instant. Wide, however, gave the first ball in bowling. LBW's strong appeal in the next ball. The umpire raised his finger. Oman batsman Akib Elias took the review. He could not live with the review. 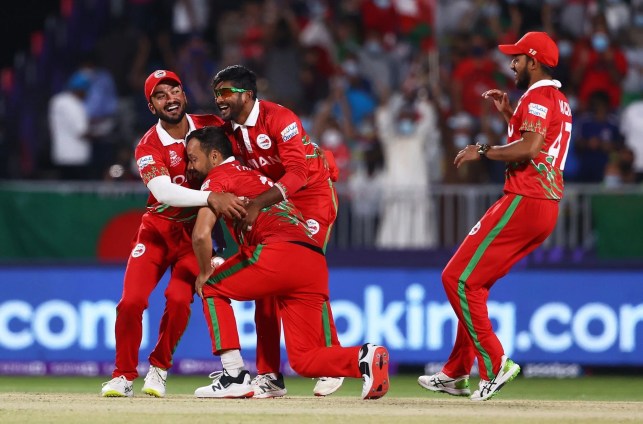 But sad but true, a bowler like Mostafiz gave 5 wickets in that over. The cricketers of the Bangladesh team were so panicked against a team like Oman after playing in the IPL recently that they put up a wide match. Mostafiz Wide has given a total of 6 in the entire four overs.

It is in this match against Oman that the mental condition of the cricketers of the team has deteriorated after the defeat to Scotland. Naeem Sheikh and Shakib were a bit comfortable in batting. The rest were in the coming and going procession. Mental determination was not seen.

Same situation in fielding. The situation is chaotic from the beginning. Oman scored 79 runs in the first 10 overs. The reins of victory are completely in their hands. At that time Sheikh Mehedi started stinginess. Shakib Al Hasan joined.

Mostafiz continued to take wickets even though he gave runs. Shakib also tied the knot with him. Shakib took two wickets in two consecutive balls at the head of Oman's 105 runs. That's why the match came in the palm of your hand.

After Oman batted for 154, Taskin gave up four extra runs in the first over. In the next over, Mostafiz bowled and gave a total of 12 runs with 5 wickets.

Mahmudullah Riyadh stopped the flood of this wide with Shakib and Saifuddin. In the 6th over, captain Riyadh brought Mostafiz back. Jatinder Singh caught the first ball of the over. The ball goes up. There were three or four bowlers who could catch it. But Mahmudullah ran from the extra cover and went to catch it. By then the ball fell and the gap in the hand melted.

Six after one ball. After that Kasyap Prajapati could not survive from Mostafiz's ball. He returned with a catch in the hands of Nurul Hasan. He made 21 runs off 16 balls.

In the beginning the flood of runs gave the book. Then Sheikh Mehdi and Shakib Al Hasan came and managed to pull the reins of the run wheel. However, Shakib was beaten with one or two loose balls.

However, Mehdi returned Bangladesh to the game with the wicket of Oman captain Jisan Maqsood. Maqsood caught his ball in the 12th over. Mostafiz caught that.

Shakib Al Hasan took the wicket in the last ball of the 13th over. Shakib returns Jatinder Singh who was devastated. Liton caught.

With the wickets of Kalimullah and Fayez Butt at the last minute, Mostafiz almost ensured the victory. Mohammad Nadeem scored 12 runs in the last over. It did not benefit at all. The gap between defeats has only narrowed.

Mahmudullah is very happy with this victory, but there are also fears Oman was scared at the beginning. After that, Bangladesh managed to win by 28 runs. Bangladesh at least survived the World Cup with this victory.

That's why captain Mahmudullah Riyadh is very happy after such a victory. At the awards ceremony at the end of the match, Mahmudullah said, ‘We are very happy to win this match; But we need to improve in many more places.

Praising Shakib-Naeem, Mahmudullah Riyadh said, "Shakib and Naeem batted well. Has a great partnership, which has helped us reach 150; But we should have bowled better with the new ball.

He promised to correct today's mistakes. Riyadh said ‘mistakes need to be found and corrected. I think our death bowling has been good. In the middle overs we are back in the game; But batting and bowling in the first six overs - we have to improve in both places. "

Shakib praised the courage of Oman
Shakib's all-round performance finally showed Bangladesh the way to victory. He also heard the message of survival in the World Cup. If the Tigers win the last match against Papua New Guinea, they will probably get a ticket to play in the Super Twelve.

Earlier in the day, despite winning against Oman, Jisan Maksudra shook the Bangladesh team. Shakib Al Hasan was also surprised by the courage with which they played.

Shakib highlighted the hardships of the defeat against Scotland at the beginning of the match to get the award for the best match. But the Scotland team must be credited. They were very confident even before the game. '

Shakib admitted that the match against Oman became difficult because of that rate. Oman has played great cricket. Most of the time they were in the match. '

How did the victory come in the end? Shakib said, "We are holding our nerves." The way Oman played, they have to be credited. They played with a lot of courage. '

Shakib thinks that this victory will be pathetic for the next match. We played as a team that we have to win. We also have to win the match against Papua New Guinea. Let's see what happens next! ' 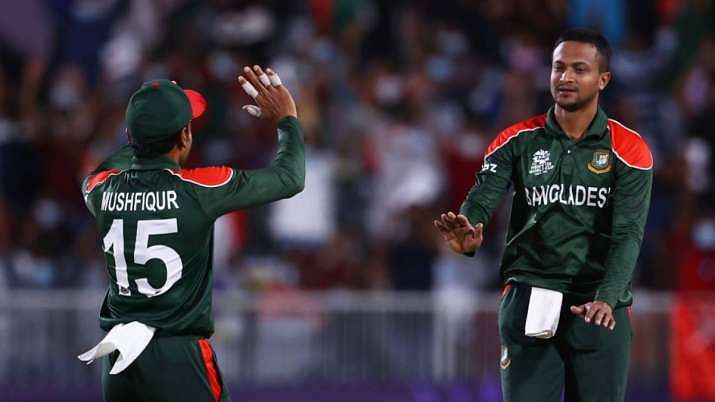 Returning like a king might say the same thing. Shakib Al Hasan is the best batsman in all-round batting. With Shakib's all-round skill, Bangladesh lost to Oman by 26 runs and hoped to reach the Super Twelve.

Bangladesh won the toss and elected to bat at the Al Emirates Stadium in Muscat. They lost two wickets for 21 runs in the first five overs. Shakib came in the role of savior at number four.

He handled the initial push with opener Naeem Sheikh averaging 60 runs for the third wicket. Shakib, who was criticized for his slow batting against Scotland, today had a completely different batting. The left-arm all-rounder played a stormy innings of 42 off 29 balls with six fours.

Besides batting, Shakib was also great in bowling. In the first ball of the 13th over, Jatinder Singh had four wickets. However, in the last ball of the over, the opener Jatinder was caught by Liton Das in the deep square leg and returned to the dressing room, making it difficult for the hosts to win.

Then in the 18th over he gave a pair of runs in his last over. Tao Mahmudullah Riyadh-Sakib pair, Riyadh caught twice standing in the same place long-off. The only difference is that Ayan Khan is a left-handed batsman and wicketkeeper Nasim Khushi is a right-handed batsman. In the end his figure stood at 4-0-26-3.

Bowler Shakib played great but batsman Shakib could not be found. Fans might breathe a sigh of relief at such an all-round performance today, thinking, ‘Let’s face it, batsman and bowler Shakib has finally been found together!’

With this, Shakib became the best match for the eighth time in T20. All in all, he won the award for the 36th time.

No one expected Bangladesh to lose to Scotland after their performances at home grounds.
Hope they come good and go past net run rate of Oman in their last match to stay in contention.